Good Times in a Bad Market 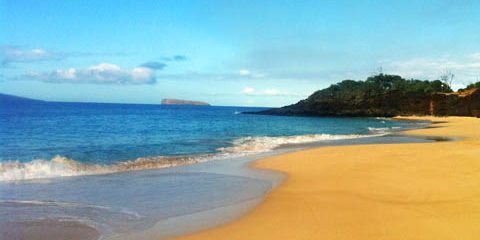 As an entrepreneur, I am often asked this question. I never could have imagined how my answer would change after the market drop of October 2008 and the ensuing 3 years of business. After the crash, it was painful to answer and I found that I would look for anything to talk about beside the business. I just stopped answering the question. So, I was intrigued on the first day of my vacation last week, when my wife and I befriended a congenial older couple poolside. It turned out they had vacationed at the same Hawaiian resort for the past 20 years and they clearly had their traditions, sitting in the same $300 cabana every day with their kids and grandchildren. Over the course of the week, we ended up running into the “Washington Family,” as my two young boys called them, everywhere we went—at the pool, in the lobby, at the local coffee shop.

As we all enjoyed some much needed down time, I found myself getting comfortable chatting with Mr. Washington–I could tell that he was sympathetic to the cause of this entrepreneur. Yet I remained guarded, just as one of those calloused businesspeople that I swore I would never become.

But as our relaxed dialogue progressed over the next 7 days, I learned that Mr. Washington had enjoyed a successful and interesting career in the mutual fund industry, starting at the ripe age of 26. He enjoyed a magnificent 40-year run and had successfully sold the mutual fund business just 4 years ago, right before the megabank that owned it and whose name was synonymous with the fictitious last name of my friend, promptly tanked. Mr. Washington had played the market and his career perfectly. As his wife put it, he was now living out the last year of his swan song finishing up as a board member for the acquiring company, a $300B NYSE-traded financial services powerhouse.

On our very last afternoon together, the time had come and Mr. Washington leaned over casually from his cabana chair and in his soft voice said, “So Paul, how’s business?”

Immediately I was brought back to that moment on the treadmill in 2008, when I was watching the Dow plummet tragically with the ongoing news of Lehmann Brothers, AIG, TARP, etc. Having just bought a new building for our own business and knowing that our small bank would likely go under (indeed the FDIC did close it in November of 2009), I called my bookkeeper and made one of the most dramatic moves of my career–advancing our entire credit line to cash. Like any good entrepreneur, I was improvising. I was not going to lose the livelihood of my family and 40 others due to circumstances I couldn’t control.

But if I have learned one thing about the crisis, it’s that the economy was not the real story. The financial stresses were just symptoms—the real tragedies were in the challenges and personal conflicts buried in people’s lives. These were all forced to rise to the surface unnaturally and immediately. Employees and friends were suddenly dealing with personal strife, divorces, foreclosures, lost jobs, theft, mental and physical illness and worse. At Zumasys, we lost two of our beloved co-workers during this period and, as I write, my partner remains hospitalized with substantial health issues.

Chaos was and is all around us.

The financial crisis also threatened the healthy cultures of countless small businesses and we were not immune. Many of us had to play defense for a time. Offense is the biggest advantage of the small business but for a time it remained benched in the locker room.

But after I reflected on Mr. Washington’s question for a bit, I had this sense of peace and closure. It was acknowledgment from this man I had grown to respect that our own business had survived the un-survivable. We stared down the financial meltdown and we didn’t back down. We made tough decisions, we hired incredible new people and we layed the groundwork for an even better future.

The reality is that the chaos will continue to stubbornly persist and this may be “the new normal.” But when I look back on my first blog entry on the economy titled The Bad Market ( click to see article from 2008), I find myself chuckling at the naiveté of the post.

Not talking about business leaves out one of the most meaningful, stimulating and interesting parts of my life.

Today our people are flourishing once again. There is a sense of camaraderie because together we overcame the most challenging business circumstances of a lifetime, and because of it we have a team that is ready for anything!

It’s time to starting taking about my passion again.

It’s better than ever. And thanks for asking.