Evolution: The Key to Mastering Your Fate 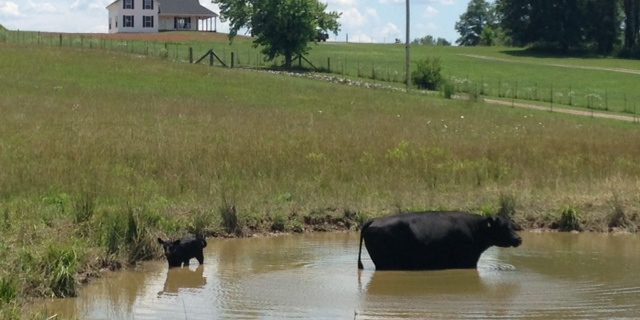 It matters not how strait the gate,
How charged with punishments the scroll,
I am the master of my fate:
I am the captain of my soul.

Recently, I spent a week with my family in the woods of Tennessee where I had the rare experience of being able to totally disconnect from all things digital and spend some time in self-reflection. This backcountry experience taught me a few valuable lessons:

First, if you eat what the locals do three times a day you’re going to get “fatter than a can of blow’d out biscuits.” Second, being totally disconnected from TV/cell/data can be liberating, but you miss out on important developments like Nelson Mandela’s deteriorating health. Lastly, you need time away from the office to continually assess the evolution of your life and career.

This is exactly what I did while sitting on my father in law’s hammock. So I wanted to take a moment to ask you the same question that I have been mulling over since that week:

Are you the same person you were six months ago? How have you evolved in 2013?

And I would invite you to do the following:

At the Zumasys company kickoff this past January, we attempted to draw some inspiration from this question by using the movie Invictus and the leadership methods of Nelson Mandela.

The story of Invictus began with Mandela taking over the Presidency of South Africa, an incredible feat when you consider the unrelenting grip of apartheid and the fact that he had spent the prior 27 years in prison. By unifying the country around a common goal—winning the Rugby World Cup—Mandela transformed himself and his nation.

But in my opinion, the story is not so much about Mandela’s leadership as it is about the “team.” The team was not just Mandela—he couldn’t transform a country all by himself. It was about the coach; it was about the rugby players both black and white; it was about his cabinet and how they conducted themselves; and in the closing scenes it became obvious that it was about every citizen of South Africa. Every man, woman, and child had a role to play in South Africa’s recovery. They were all leaders.

Each of us has a sphere of influence—over our kids, our parents, our siblings, our spouses, and our extended group of family and friends. I assure you that you are being looked at (and likely looked up to) each and every day.

Each job and person matters, and everyone has room to improve, no matter how young or seasoned you may be in your role or career. In the United States, a staggering 70% of all workers hate their jobs. You have the power to buck this trend. Your impact on your co-workers, customers, vendors, and network of followers is greater than you may understand. Your actions and leadership play a pivotal role in the success of your company and in your own happiness and fulfillment.

Your goal should be to look at the person you were six months ago and not even be able to recognize yourself because you have evolved so significantly. Do this throughout your career and you will enjoy untold satisfaction and success. Then just rinse and repeat.

You are the master of your fate.