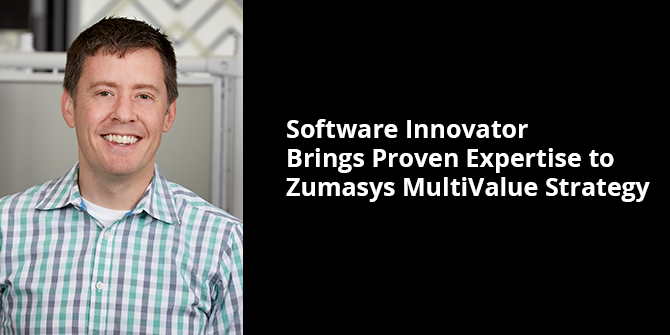 Zumasys, a leading provider of NoSQL database software for business-critical PICK applications, announced today that Josh Camacho, former CEO of Chicago-based OPTO International, has joined the company as Senior Manager of Software Development. Camacho brings with him more than 15 years of hands-on development experience in jBASE, which was used to run every aspect of his business.

As the CEO of OPTO International, Camacho led a team of more than 200 employees in the design and manufacturing of state-of-the-art retail displays for customers all over the world. Starting at OPTO in 2002 as a Marketing / IT intern, Camacho took interest in understanding and automating every area of the organization utilizing jBASE and a Windows .NET framework. He ultimately became CEO of the company in 2013.

At OPTO, Josh led the company’s transformation from character-based interfaces on its jBASE system to modern 100% graphical interfaces for every department at the company, including sales, purchasing, accounting, and warehouse management.

“Josh was once a jBASE customer himself, so he truly understands first-hand the challenge that our customers face with their applications,” says Zumasys president Paul Giobbi. “Customers want to modernize their apps without losing decades of development and innovation. Josh used the company’s jBASE application and fundamentally transformed the way they do business. We want to share that success and replicate it with our Pick MultiValue customers around the world.”

Camacho has been a MultiValue software development contractor with Zumasys since March, during which time he proved to be an invaluable member of the team. In his new role as Senior Manager of Software Development, Camacho will provide development services to our customers and have direct input into the Zumasys MultiValue product roadmap and strategy for the future.

“Josh’s high-energy leadership style fits right into the Zumasys culture,” says Giobbi. “He is going to help us take jBASE to the next level. He is that important to our vision.”