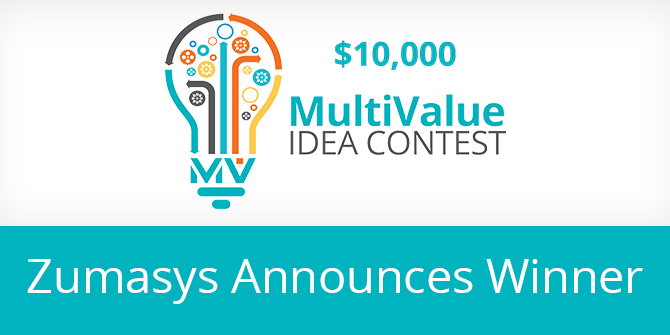 The MultiValue Idea Contest is a global competition that asked innovative coders and members of the PICK community to pitch ideas for how to advance the MultiValue data model. The goal was to generate ideas that are original, practical, easy to scale, marketable, and durable.

The contest generated nearly 200 entries which were evaluated by a panel of international judges that included:

After combing through applications, the judges selected the work of Kevin King from Longmont Colorado. King’s idea is to extend MultiValue’s dimensional architecture to beyond its standard field-value-subvalue construct. The combination of connectivity for languages plus arbitrarily deep nesting for JSON data fits squarely in the category of expanding MultiValue further into the NoSQL arena. This enhances current feature-sets that work with popular front-end frameworks including Vue, React, and Angular, in addition to the use of any desired languages.

“If we’re going to make PICK connectable, we need to break out of the three dimensions and be able to truly store n-dimensional data, such as what can be done with JSON,” said King, who has already successfully demonstrated a similar extension to the multi-value model.

“In the early days of databases, the MultiValue model was unique in allowing a three-dimensional structure to be represented in a single stream of characters. However, in the decades since, the world has embraced multidimensional data far beyond three dimensions. XML, JSON, and BSON allow data to be structured to a near unlimited depth. Our use of delimiters, while functional and proven, limits us to a finite data structure. As the pioneers of multidimensional storage and retrieval, it’s incumbent upon us to keep our model competitive, both in storage and transfer of information.”

Since the early 1980’s, Kevin King has had his hands in a lot of different MultiValue systems. From Microdata Reality to jBASE to Universe/Unidata to OpenQM, with numerous other technologies along the way, Kevin is a passionate developer with an eye constantly on the future.

For Zumasys Founder and President Paul Giobbi, the contest represents the best of MultiValue with the community coming together for a common cause and generating engagement from thought leaders from around the world.

“It’s exciting to see that innovative thinking is alive and well in the MultiValue market,” said Paul Giobbi, President of Zumasys. “MultiValue has always been a database platform designed on flexibility and performance. We look forward to integrating Kevin’s winning idea into future releases of our own products.”

The contest entries focused on new tools, data, metadata, and DBMS. They showed innovative potential and new directions possible for NoSQL database solutions. Contest criteria and biography of judges are available at https://www.zumasys.com/contest/.