You are here:
Recent News 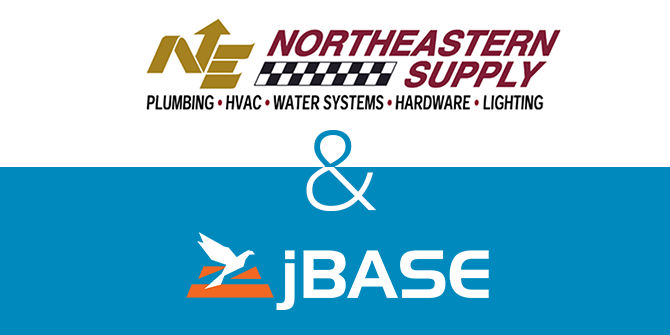 Headquartered in Baltimore, Northeastern Supply is one of the largest independent wholesalers in the Mid-Atlantic region specializing in plumbing, HVAC, hardware, and water systems.

With more than 30 branches relying on its Pick MultiValue application, the company was ready to modernize and ensure that its application could keep up with the organization’s continued growth. Northeastern’s IT leadership worked with Zumasys to upgrade from a Universe database running on a physical IBM RS/6000 server. Using Zumasys’ conversion tools for Universe, the company migrated to jBASE running on a virtual Linux server running on a state of the art, 4-node Hyperconverged infrastructure stack.

“The speed of jBASE is incredible and we are very pleased with our decision to partner with Zumasys,” said Frank Collacchi, Director of IT at Northeastern Supply, Inc. “We are in a much better place in terms of support, performance and redundancy and we are excited about the future of our SHIMS application on the jBASE platform.”

Founded in 1945, Northeastern Supply began in a group of converted “row houses” in downtown Baltimore and grew to thirty-two branches in addition to a state-of-the-art central distribution center that opened in 2001.