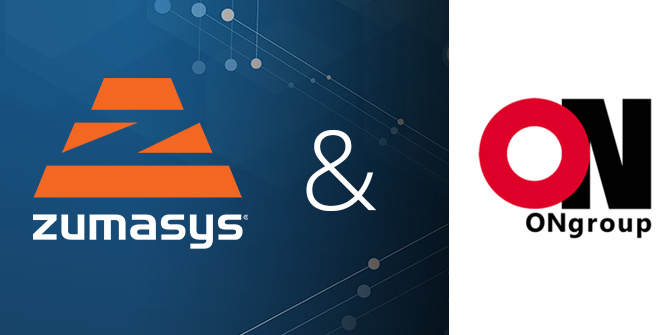 ONgroup pioneered this space with the release of the first Pick extensions for Microsoft Visual Studio Code. Committed to bringing new developers into MultiValue, ONgroup and Zumasys hope to enrich the community and improve the development experience for both seasoned Pick veterans and for the next generation of MultiValue programmers.

Zumasys contributions centered around an enhanced architectural direction with RESTful services and making the product configuration driven, which allows other MultiValue databases such as D3, Unidata, Universe, Revelation, Reality, etc. to easily integrate and improve all flavors of Pick and the market as a whole.

The MV# Developer Extension is available for jBASE, MVON# and OpenQM with linter, syntax highlighting and remote file support. The MV# Debugger requires implementation by the platform provider, such as Zumasys. Presently, it has been implemented only for MVON# but Zumasys is in the process of adding debugger support for its databases as well.
“We greatly appreciate the participation of Zumasys, a top provider of MultiValue platforms,” said Chas Stauffer, President of ONgroup. “Together, we can do a lot of great things for this community and become a force for innovation in MultiValue for the benefit of customers and vendors alike.”

With this collaboration, Zumasys and ONgroup are enabling programmers to easily code in Pick BASIC using Visual Studio Code. Not only does this empower the current MultiValue developers, but it also embraces the next generation by supporting what has quickly become the world’s most popular development environment.

“MV Extensions speak to the next generation of developers, and it gets them working with Pick in an environment that they’re already familiar with, which is a huge benefit,” says Mike Wright, Senior Software Developer at Zumasys. “In addition to allowing MV developers to work with Visual Studio Code, the MV Extensions product itself is open source and accepting of community contributions. We encourage everyone to visit https://github.com/mvextensions, where they are free to join in the discussion or even contribute to the code. This kind of openness and accessibility is exactly what the next generation of developers are gravitating toward.”

Zumasys could see value in what ONgroup had done with its MultiValue extensions for Visual Studio Code and reached out to the company to collaborate. “This would not have been possible without ONgroup,” says Wright. “They really set the table nicely from the development side, and we’re really excited about this opportunity for collaboration and breaking down walls to advance the community as a whole.”

“The Pick licensees were historically very competitive with each other; but this is a new era, and we viewed this as an opportunity to join forces and do some good,” says Paul Giobbi, President of Zumasys. “It’s the first time that we’ve seen two Pick vendors collaborate on an open-source product for the benefit of our customers. And because it’s open source, anyone in the global community can improve and contribute to the product, which is truly exciting.”

Building on the work that ONgroup has done with its plugins, Zumasys hopes to lend its extensive Pick development expertise and global presence to further the success of this important open source effort. By investing in development tools that will be freely available to everyone, the two companies will continue to grow and expand the global MultiValue community.

ONgroup is a software and services company that is helping organizations Worldwide to integrate MultiValue technology with top tier technologies from Microsoft, Oracle, Google, Amazon and others. ONgroup accomplishes its mission by means of software tools, outstanding professionals and relationships with industry leaders, including Microsoft and Oracle. ONgroup began providing such software and service as Blacksmith Corporation in 1980. Learn more at www.ongroup.com.

Zumasys develops innovative software products and provides programming services for the PICK MultiValue community. Its products include jBASE and OpenQM, powerful NoSQL databases for the next generation of PICK developers; MVConnect for RESTful services; AccuTerm software for remote access to PICK applications; and MultiValue Dashboard for presenting reports and business data within a web-based graphical interface. Founded in 2000, Zumasys flourished into a $30 million business and recently sold its Cloud, Infrastructure and Managed Services (MSP) business to NexusTek in 2018. As part of the divestiture, President, Paul Giobbi and the Zumasys Executive Team relocated to San Clemente, California, refocusing the company on its Software technologies. Learn more at www.zumasys.com.