Get more from your PICK application 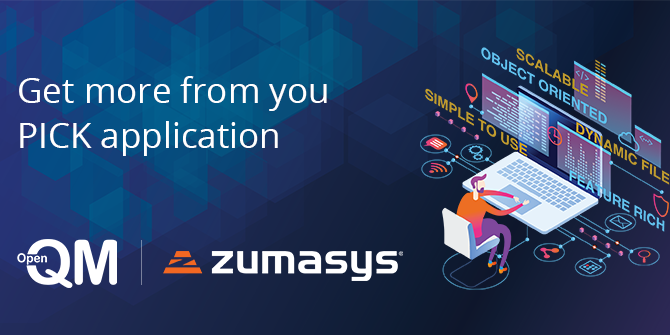 New developers coming into MultiValue are looking for modern features such as object-orientated programming, classes and exception handling. These innovations and more are built into OpenQM, the contemporary PICK database with an incredibly small footprint (less than 15MB). Originally developed by Martin Phillips in 1993, OpenQM is known for its continually evolving features, its scalability and its compatibility with all flavors of PICK including D3, UniVerse and UniData.

Best of all, OpenQM licenses are maintenance are as much as 75% less expensive than your existing database.

If you are ready to break free from the cycle of lackluster innovation and continual price increases, we invite you to evaluate OpenQM today.