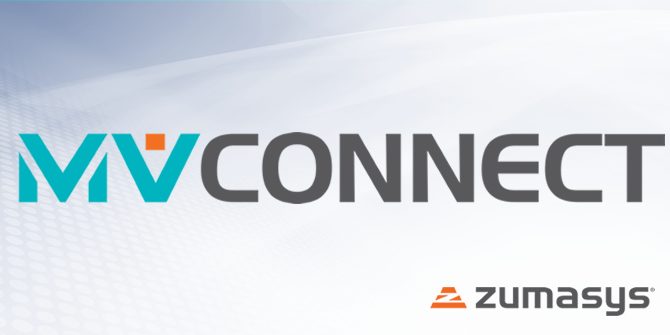 When was the last time you updated your MultiValue apps? If you’re like most MultiValue shops, chances are you’ve relied on your PICK database for decades. But just like polyester shirts and shag carpet, character apps are seriously out of style with the younger generation coming into your company. What do you do if you want to bring those apps into the modern world without losing all the value of your MultiValue database? And how do you avoid vendor lock-in and expense runtime licenses?

What fueled the need to build MVConnect? How was it used initially?

Patrick: Communication has always been a challenge with PICK systems. It usually involved methods like FTP-ing extracted data files and massaging the data to make it usable in another system or using proprietary tools to build graphical user interfaces. There needed to be a simpler process for communicating with PICK systems. I saw the market moving away from black-box, proprietary solutions towards web technology-based approaches and standardized methods of communication like XML and JSON. As a PICK developer, I thought there must be a way to create a standardized, open specification method to talk with MultiValue systems.

For example, if I had a PICK program that could calculate a loan amount or an APR for a mortgage, I could expose that logic via an API. That API could then be used by another software system or a web app that users or customers are entering data into to help calculate the APR.

That means that you can leverage your business logic and have someone with a good understanding of modern user interfaces create an app or other method of easily accessing that business value in real time instead of through a slow, complex batch process. Best of all, you don’t need to incur the risk and cost of rewriting the business logic you’ve invested in for decades.

How are customers using MVConnect today?

Patrick: Here’s a recent example. A customer was using Microsoft Dynamics 365 for accounting, among other business functions. They needed order-related events that were occurring within a PICK system to generate Accounts Receivable actions within the Microsoft system. Since Dynamics 365 offers REST endpoints, the customer leveraged our newest MVConnect extension that enables PICK developers to initiate calls from PICK systems and talk to Microsoft in a RESTful manner.

Previously, most customers were using MVConnect to modernize the front-end user interface of their application. They wanted to move from character-based terminal screens to graphically rich JavaScript web interfaces that are intuitive and familiar to all.

Why is MVConnect important for the MultiValue community?

Patrick: It gives companies a way forward with their MultiValue application. Most companies that have longstanding MultiValue investments have been around for a while. They’re usually private companies that are family owned. What often happens is the next generation of the family business owners take over and they want to move to a more modern application footprint. But they’ve also either heard about or understand the power of their legacy PICK systems. MVConnect allows them to build a modern web user interface for their application or add Salesforce as their CRM or NetSuite as their Accounting package, while still leveraging the core business logic within their PICK systems. If they want to gradually modernize some of their legacy applications, they can do so in a less risky, incremental way without impacting business velocity.

What are you most excited about for the future of MVConnect?

Patrick: I’m excited to take the very strong foundation we’ve created—with MVConnect’s speed, small footprint, and ease of use—and move it to the next level. We’re laser focused on the developer and providing them the tools they need. We want MVConnect and the PICK system to look like any other modern platform. We’re not trying to make MVConnect the entire solution, but work together with existing best-of-breed infrastructure technologies in a complimentary manner. This means you can use Kong or Amazon API gateway to manage and secure your API endpoints. Testing and documentation can be done with Swagger, Postman, or Apiary.

MVConnect will continue to make it easier for PICK developers to open their systems for all developers to interact with—not just by putting web front ends on a PICK system, but by making it easier for PICK systems to integrate with popular SaaS products. We plan to do this by packaging connectors for several popular SaaS products, and hopefully opening it up to others to contribute in some sort of marketplace.

MVConnect is supported on D3, OpenQM, jBASE, Unidata and Universe which allows total portability and eliminates vendor’s proprietary tools. MVConnect is affordably priced at $2,995 (plus annual maintenance). To setup your personal demonstration with a Zumasys engineer, contact Jill Orisini.