Zumasys Hires Mike Wright, Former VP of IT at Equiant 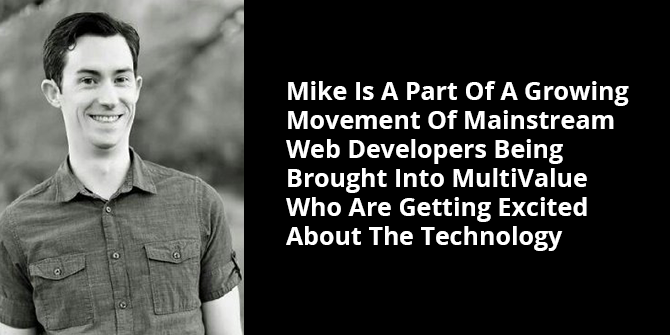 SAN CLEMENTE, CA – February 26, 2019 – Zumasys, a leading provider of NoSQL database software for business-critical PICK applications, announced today that Mike Wright, former VP of IT at Equiant Financial Services, has joined the company as Senior Software Developer. Wright brings more than a decade of experience in software development and IT management to his role.

Mike began his career as an intern at Equiant Financial Services, where his technical and project management skills enabled him to ascend from software developer to VP of IT over a thirteen-year period. During his time as a developer, Mike led the migration of the company’s legacy ColdFusion web application, Client Central, to a modern ASP.NET/C# framework.

As VP of IT, Mike took responsibility for full-stack IT operations and the continued development of the company’s cloud-enabled ASP.NET and MultiValue-based accounts receivable software. He also took a lead role in administering the company’s compliance certifications, including SAS 70/SSAE-16/SSAE-18, PCI and HIPAA.

Wright’s experience as both a developer and VP of IT give him a unique perspective into customers’ challenges, enabling him to quickly identify pain points and develop solutions that support IT and business objectives for a wide variety of audiences.

While at Equiant, Wright was a staunch proponent of migrating from D3 to jBASE because of its ease of use, scalability and modern feature functionality. Today, he is passionate about continuously improving jBASE to meet customers’ evolving needs, collaborating with the jBASE product development team to solve real customer challenges.

“Mike is a part of a growing movement of mainstream web developers coming into MultiValue, which is truly exciting,” said Paul Giobbi, President of Zumasys. “Mastery of today’s modern web/client technologies combined with backend knowledge of jBASE, D3 and Universe is a killer combo. We feel fortunate to have a developer of this caliber on our team.”

In his new role as Senior Software Developer for Zumasys, Wright will execute on contract development work, collaborating with clients to implement and customize the jBASE product to meet their evolving needs.