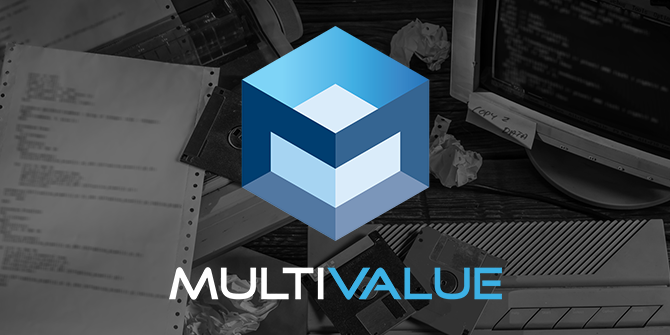 Designed to help companies train young developers who are new to PICK, the site features a series of training videos on MultiValue. The first video, A Beginner’s Guide to How MultiValue Databases Operate, is now available. More videos will be released in coming months on topics including the query language, integrating with mainstream editors, introduction to PICK Basic, system administration and more.

The new MultiValue cube logo was redesigned to bring increased awareness to the role these databases play in the $4B NoSQL market. Visitors can download the logo for free usage on everything from websites, product brochures, email signatures, and business cards. The logo is available in both print and screen versions, and includes simple usage instructions.

The NoSQL movement is growing as companies are beginning to adopt data technologies that enable easy scalability, non-relational capability and speed of processing. And because MultiValue is a NoSQL database, the new logo has an optional tagline – NoSQL for Business.

“We are committed to positioning PICK MultiValue applications for the future and that means creating modern products that appeal to modern programmers,” explains Paul Giobbi, co-founder and president of Zumasys. “It’s also time for us to come together as an industry and claim our rightful place as the original NoSQL database for business. Branding plays a critical part in this transformation and we are trying to do our part.”

The idea for a website, training and logo was born out of a series called “The MultiValue Market Updates” which was hosted by Zumasys in 2017-2018. Attendees were consistently requesting education resources and the company felt compelled to act.

There are tens of thousands of companies relying on MultiValue to run their businesses each day. Few young coders graduate school with experience programming in PICK and traditional PICK MultiValue training methods can be costly.

“We believe in MultiValue and we hope these resources will help get the next generation of programmers excited about the data model,” continued Giobbi.