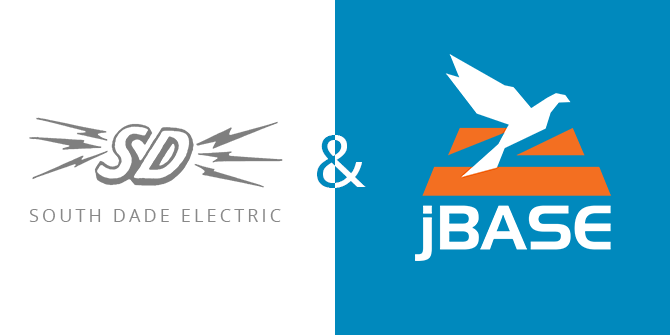 “This was literally the smoothest conversion I’ve ever done.  jBASE on the cloud is the bomb!”

When South Dade Electric faced an upgrade of its ERP solution running on Universe, they decided to look at alternatives.  Realizing they had a solid set of business rules trapped in their aging environment, they decided to look at options that would not only refresh their technology and save money, but to also improve their user’s experience and productivity.

Compatibility, performance and ease of migration were all factors. After much research, the company chose jBASE to seamlessly lift all of South Dade’s existing code and data out of Universe and directly to the cloud. High compatibility with Universe meant that very little change was required for South Dade’s apps, but, more importantly, the platform upgrade could be done without South Dade’s staff noticing any difference in behavior.

However, after going live, two things immediately caught the attention of South Dade:

During the migration, the Zumasys services team found ways to automate several manual processes, using jBASE’s advanced, open design, to deliver information to management and end-users more quickly and efficiently. Couple this with a much lower annual support and maintenance cost and the decision to move to jBASE was an undeniable winner.